With this post, we are starting the process of testing RawDigger 1.4, which introduces a lot of changes that necessitate thorough testing. 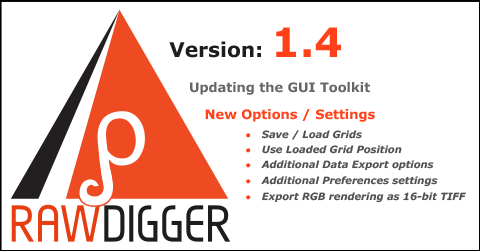 The Qt4 GUI toolkit that we use in RawDigger has (long since) became inadequate for modern operating systems. As a result, we must (gradually) get rid of it, and furthermore, because of the same considerations about supporting new features in the modern operational systems that triggered the toolkit change, we have to move to the very new version of Qt 5.12.

Aside from (minor) changes to the RawDigger code, this entails long and careful beta testing: we haven’t tried the Qt version with a large number of users; it should work, but these things are not a given.

The new version of Qt is incompatible with old versions of MacOS / OS X (10.11 and lower) and with Windows XP. As such, we will continue to release legacy versions based on the old version of Qt:

There are no plans at the moment for a 64 bit legacy version for Windows, in the future we will decide based on the circumstances.

Users gain the following from the switch to the new version of Qt:

Because there is going to be a long testing period anyway, we have added improvements that have been ready for a while, as described below (furthermore, this is a good moment to suggest that we add some features, if it’s doable in a reasonable time we will consider implementing them).

The dialog for working with grids has been significantly reworked:

Save to File button: 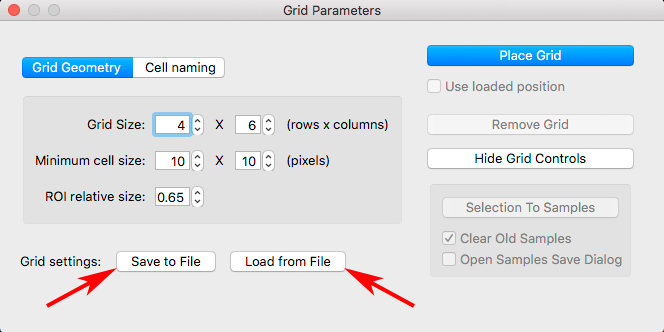 Place Grid button with the Use loaded position checkmark set:

When setting a grid without the Use loaded position checkmark, the grid will be placed in the center of the visible area of the screen.

Place Grid with the Open Samples Save Dialog checkmark set: 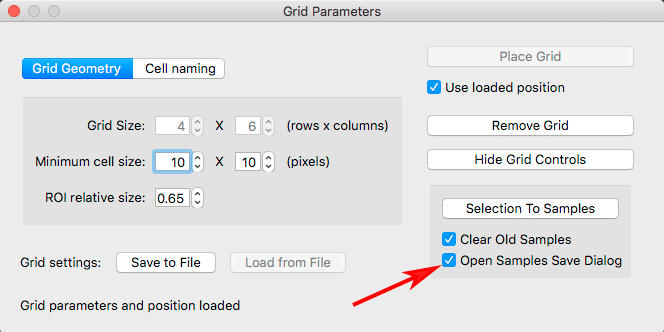 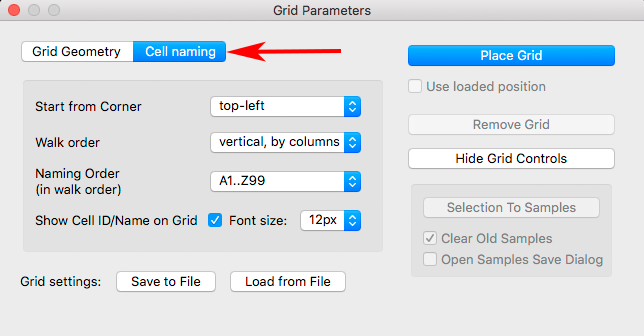 The Font size parameter has been added to the grid cell naming parameters, allowing one to set the size of the font in screen pixels. This parameter is accessible for editing if Cell name display is on.

Furthermore, when changing the zoom, the lines and text in the grid no longer scale, and the active corner marks (squares, to be placed over the fiducial marks on the target) are now also stay at the same visible size. 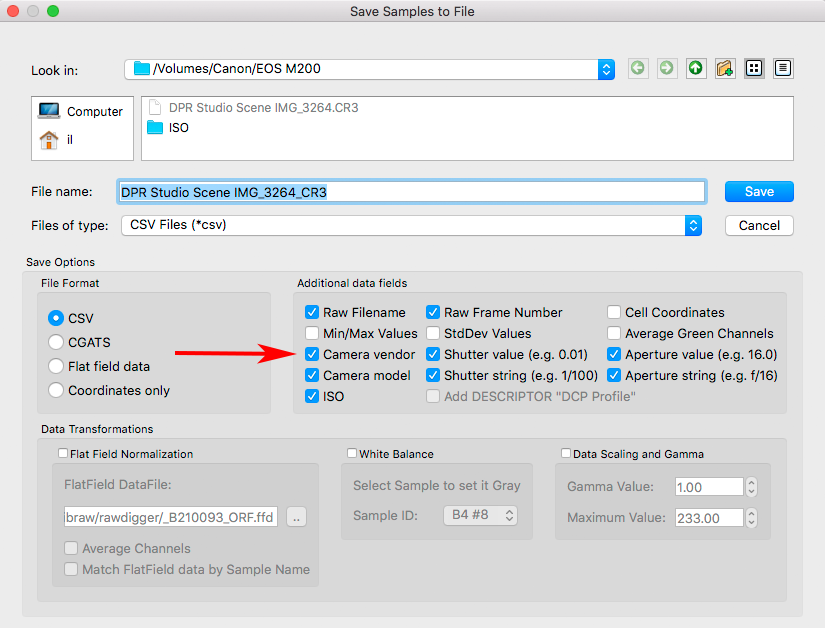 Exporting tables of measurements in CSV format has been expanded to include the the following recording options:

These values were previously exported for CGATS (as part of the DESCRIPTOR field), but not for CSV.

RGB-render could be exported as 16-bit TIFF. Use the 16-bit output checkbox in TIFF-export dialog for that. This option is not available in 32-bit RawDigger versions due to available memory restrictions.

Color profile could be embedded in RGB-render export

A few new settings have been added:

In the Preferences – File Handling tab

In the Preferences – Misc options tab 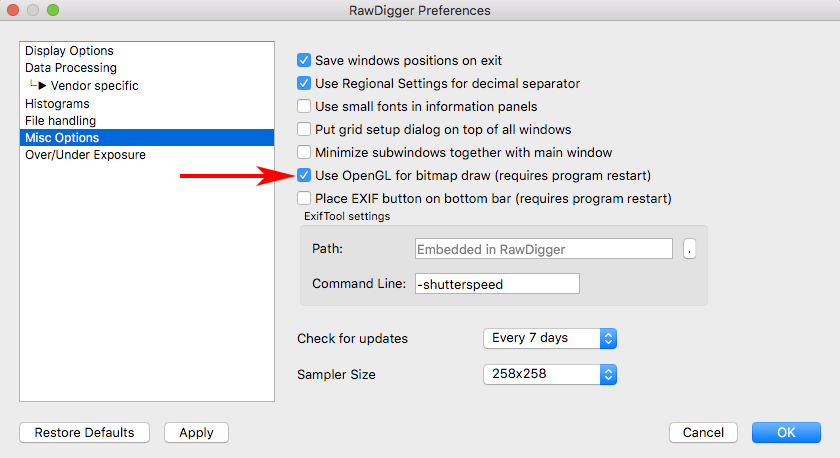 i have downloaded the RawDigger program and installed. I would test the 3 editions. I think i have only a basic edition.
is there a way for test the another editions (Exposure, Profile)?
Thanks Wolfgang

Trial mode makes all the feature of the Profile Edition available.